Healthy Slow Cooker BBQ Pulled Pork is the perfect tender meat for a filling dinner that’s gluten-free, Whole30 friendly, and low in saturated fat. Use this shredded pork as the ultimate filling for tacos or pork sandwiches!

Just like Healthier Beef Ragu, this slow cooker Main Dish is a great recipe for busy weeknight meals. Prep the pork recipe in minutes and put in the crockpot in the morning. When you get home from your busy day, simply shred the pork, place it on hamburger buns, and you’ll have family-friendly dinner ready to go! 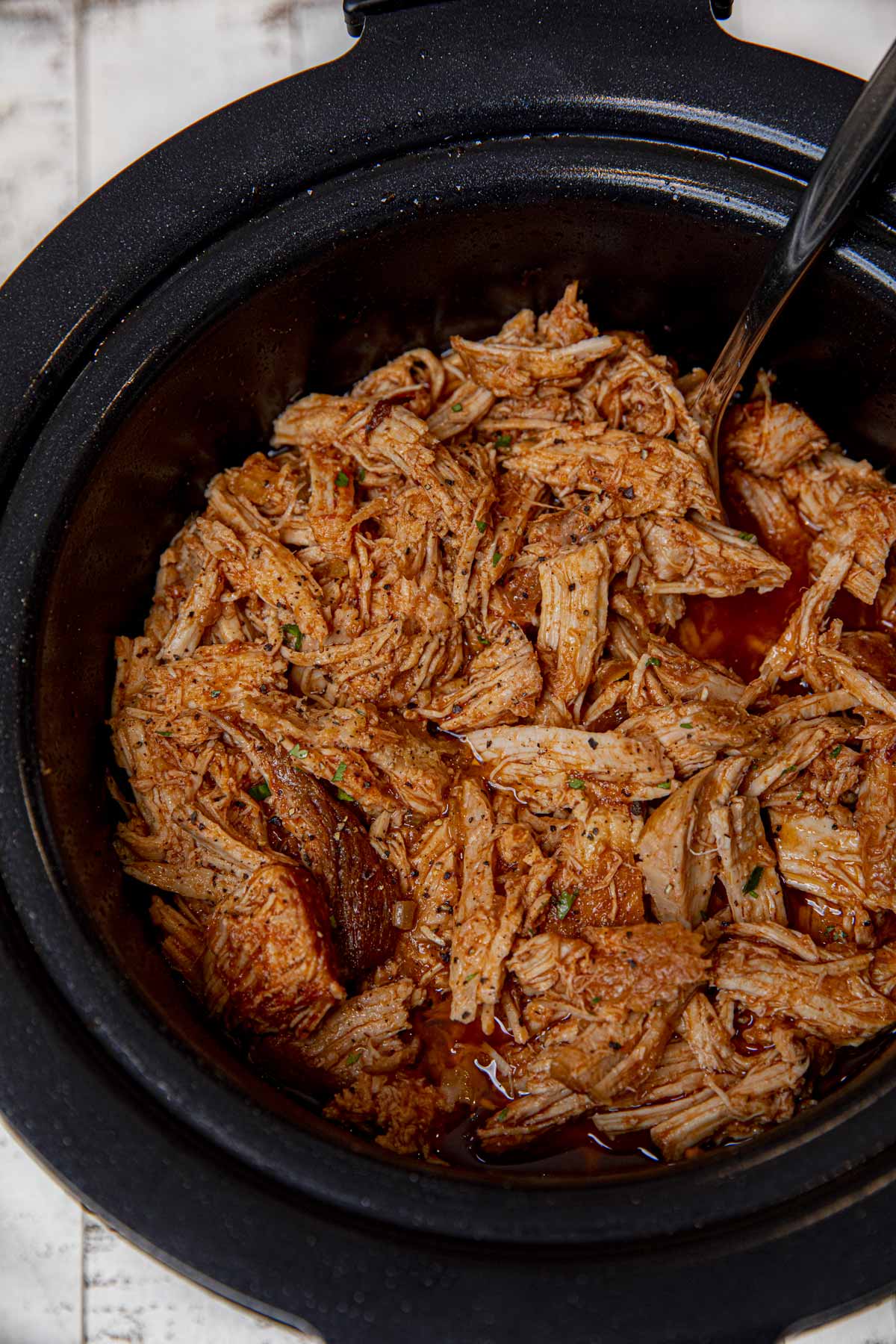 Your whole family will love this pulled pork crock pot dinner. It’s so easy, but bursting with tangy and sweet flavors from the pork tenderloin and BBQ sauce. And it’s so versatile it’s sure to become your new go-to pork recipe.

Once it’s done in the crock pot there are so many options for how to serve your shredded barbecue pork roast. You can put it in buns to make easy pork sandwiches. This is especially great with some low-fat coleslaw on the side, or even put a little slaw on the sandwich.

Slow Cooker Pulled Pork can also make amazing tacos. Just put out tortillas and whatever topping ingredients you’d like for the perfect BBQ pork carnitas. And if you want to keep this slow cooker recipe gluten-free, there are gluten-free tortillas and bread available at most grocery stores.

For the sauce, you can either find a store-bought healthy BBQ sauce, or use this easy Homemade BBQ Sauce recipe that comes together in minutes. This recipe is made with a little bit of brown sugar, garlic, vinegar, and tomatoes. It’s lower in sodium and carbohydrates than other BBQ sauces. And it has less processed, artificial sweetener than store-bought BBQ sauces. 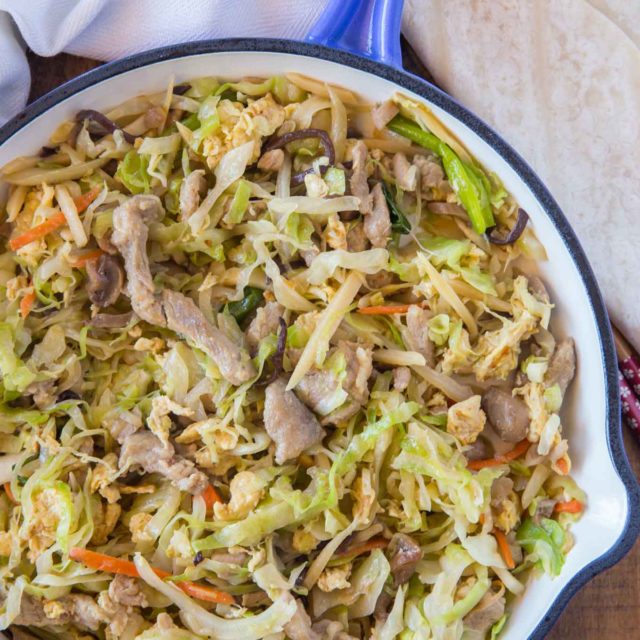 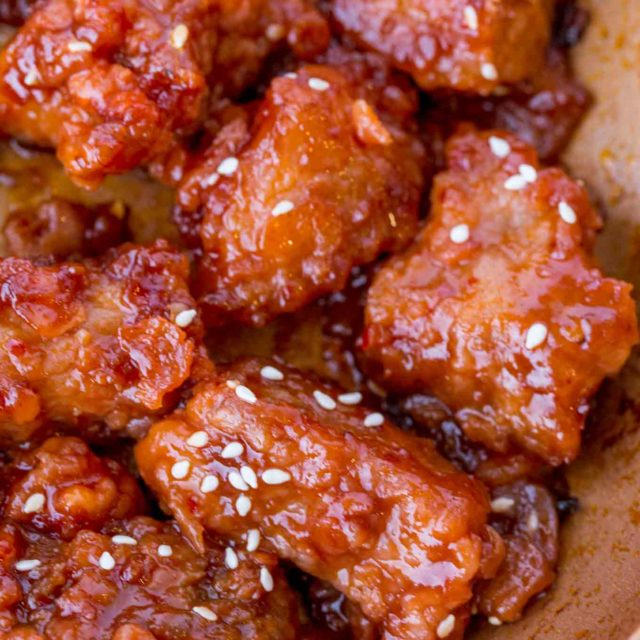 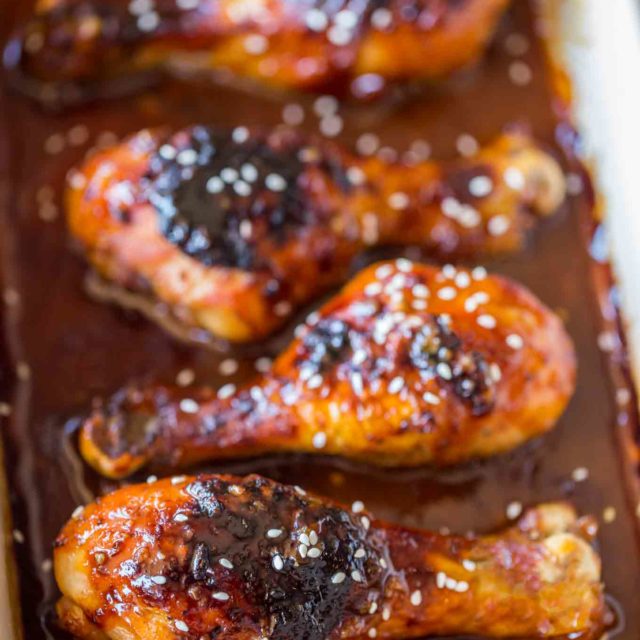 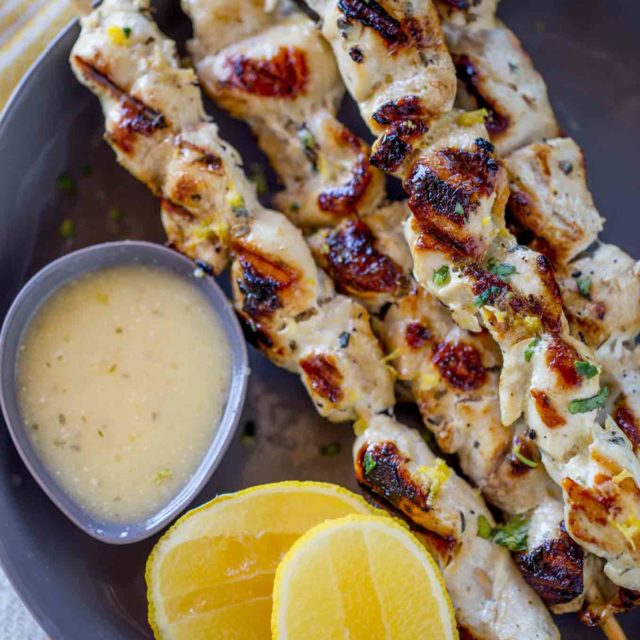 WHAT CUT OF PORK?

Pulled pork is a long standing BBQ tradition. Just because we’re making this one in the slow cooker doesn’t mean you’ll lose the classic BBQ flavors.

Most pulled pork recipe call for a fatty pork roast. The most traditional recipes use the pork shoulder. Boston butt, or pork butt is the usual cut (this is still from the pork shoulder). If you choose to go with this Southern classic cut of meat, be sure to trim the excess fat off the roast before putting it in the slow cooker.

For this healthier version of pulled pork, the recipe calls for pork tenderloin, rather than pork shoulder. It’s a leaner part of the meat with less calories and fat. But after it has cooked and tenderized for hours in the slow cooker with the BBQ sauce and other ingredients, it will be just as fork tender and delicious! 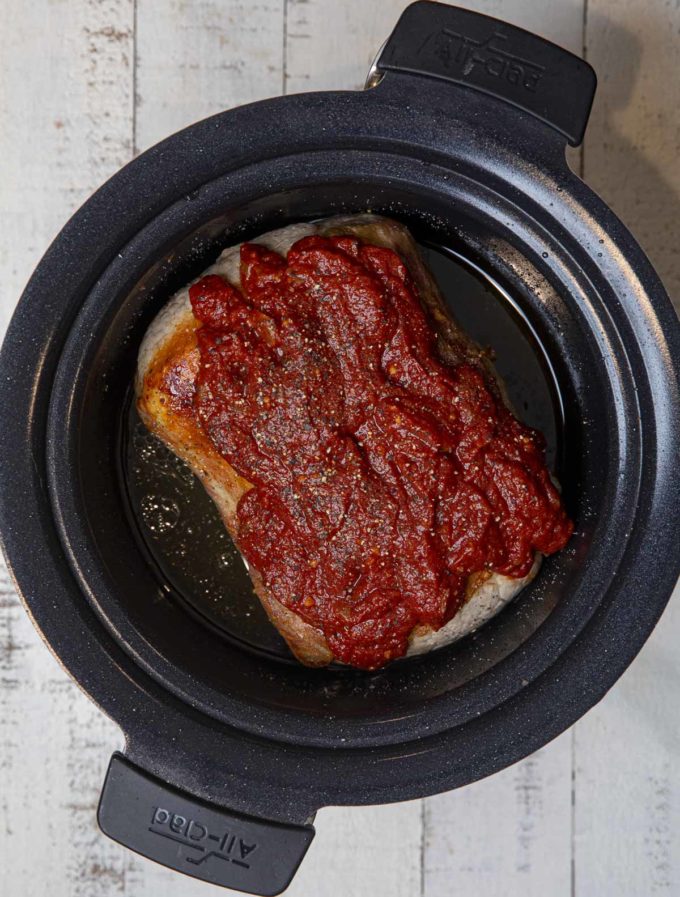 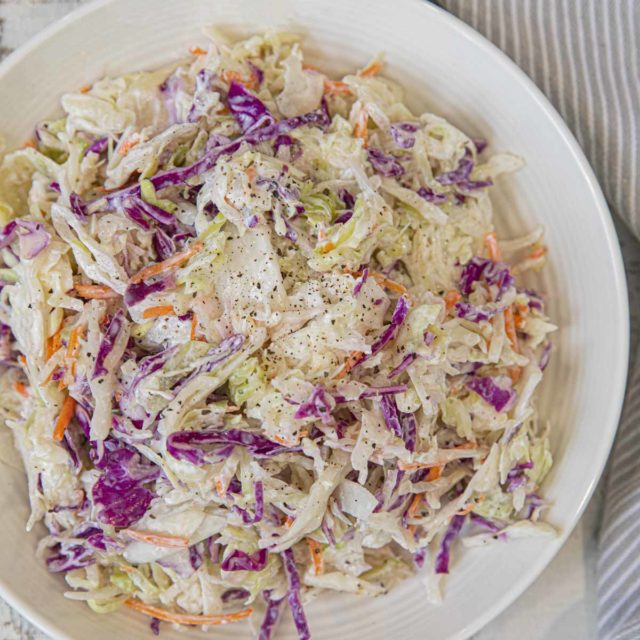 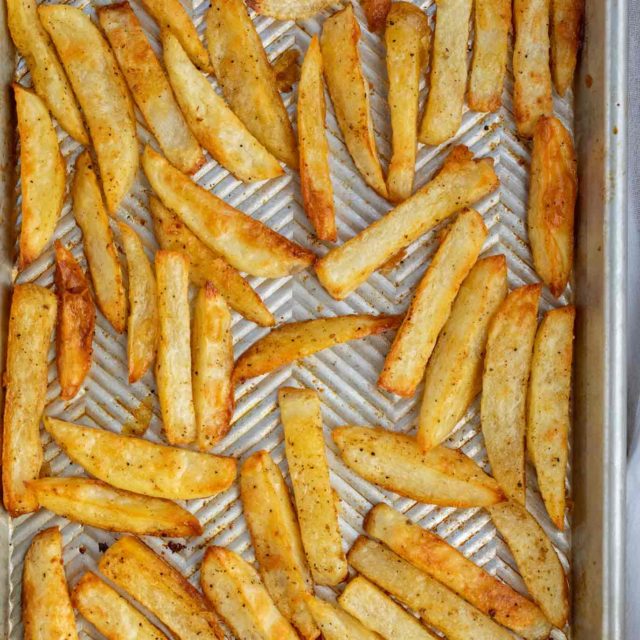 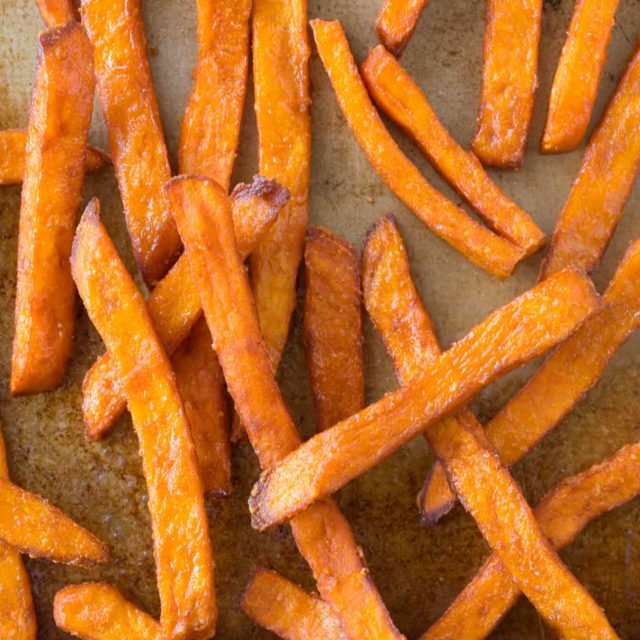 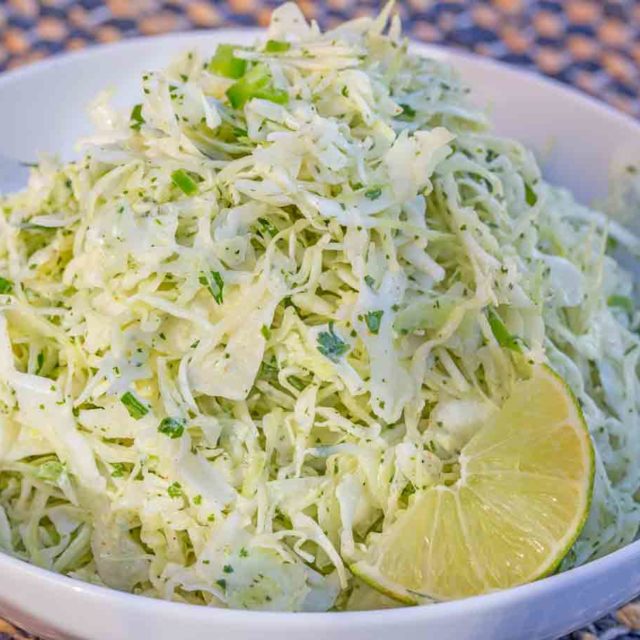 If you’d like a quicker cooking time you can make the pork loin in the instant pot, instead of a slow cooker. 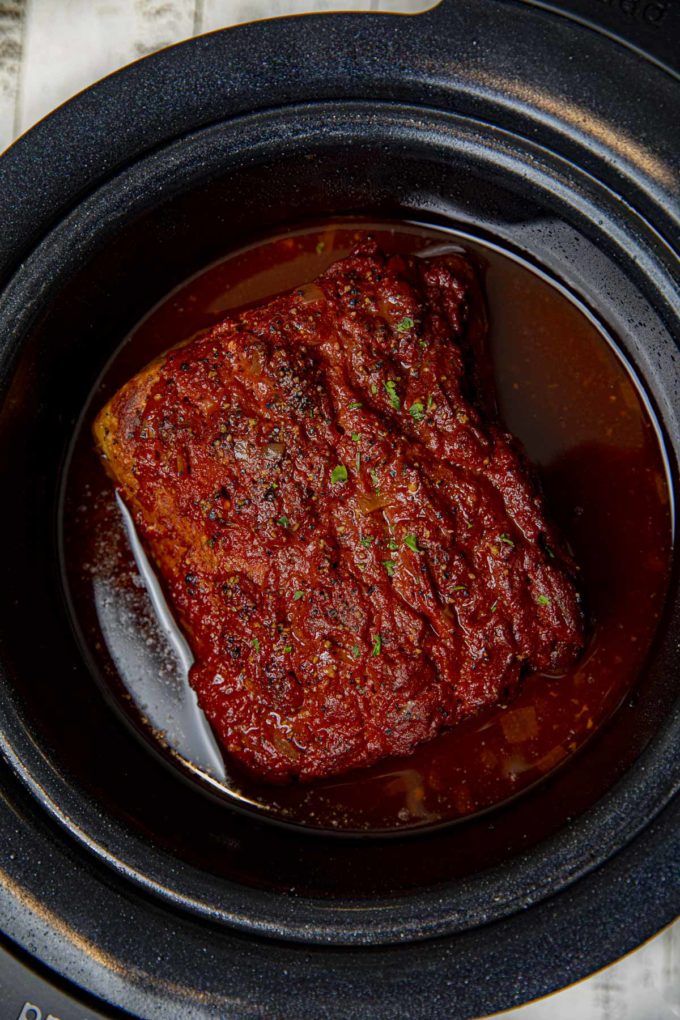 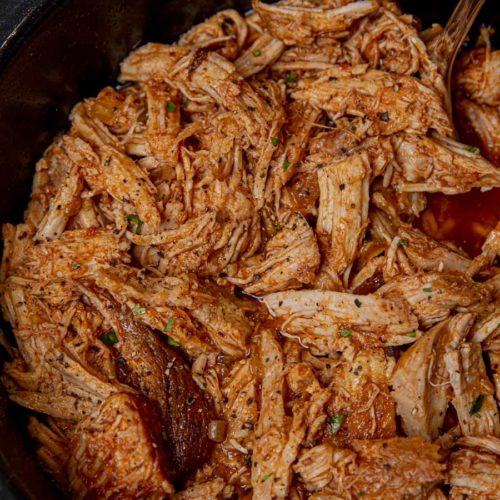