Whole Wheat Chicken Sausage Stuffing is a healthier version of a traditional holiday side with wheat bread, chicken sausage, and fresh herbs.

Just like Healthy Green Bean Casserole this stuffing is a lighter alternative to a classic holiday Side Dish. It’s perfect to serve with your Thanksgiving Turkey or any other festive meal! 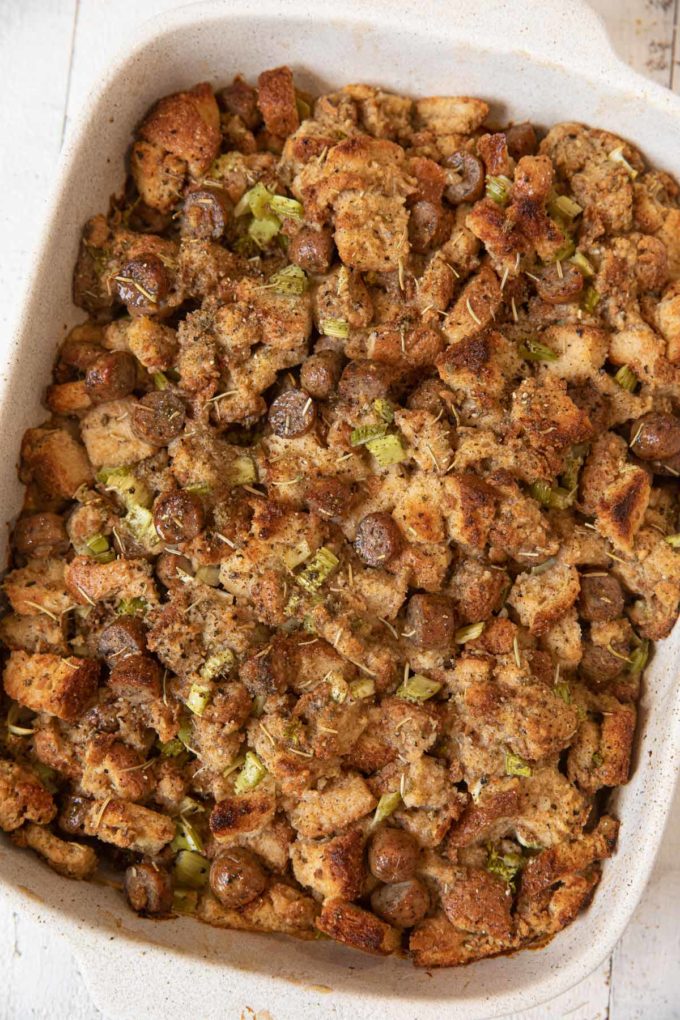 For many of us stuffing is one of the things we look forward to most during the holidays. However, the classic herb and sausage stuffing we usually think of typically uses white French bread cubes, and Italian sausage. If you’re trying to eat healthier, you might think stuffing is out of the question, but with just a few swaps this recipe keeps all the amazing stuffing tastes and textures while staying healthy.

The key difference is using whole wheat bread and chicken sausage. Chicken sausage contains much less fat than pork sausage while still satisfying your craving, and whole wheat has high nutrients and fire. The other ingredients like celery, onion, and spices are already plenty healthy.

This is the perfect side dish to go with your turkey dinner or any other main dish. Because it’s made with chicken you could even serve it as your main dish like a casserole for a weeknight dinner.

If you are making this stuffing for Thanksgiving, this recipe bakes the stuffing in a separate baking dish rather than inside the turkey. This is because having stuffing inside turkey dries the meat out. Keeping them separate allows the turkey to moisten and retain its delicious flavor. 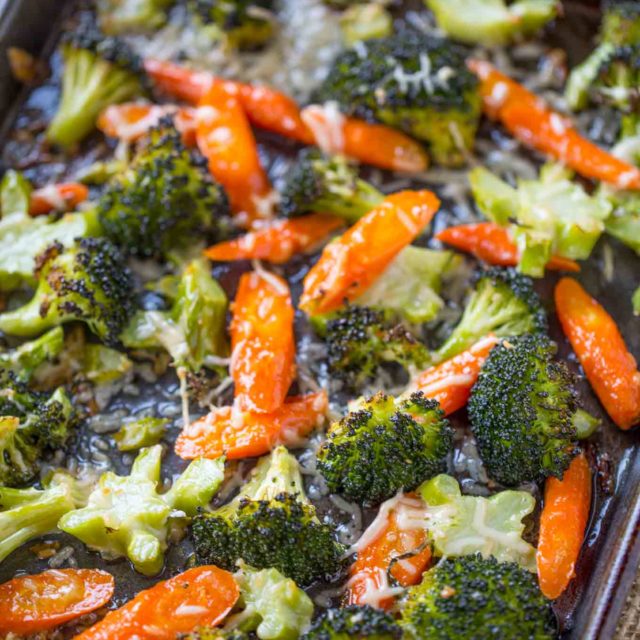 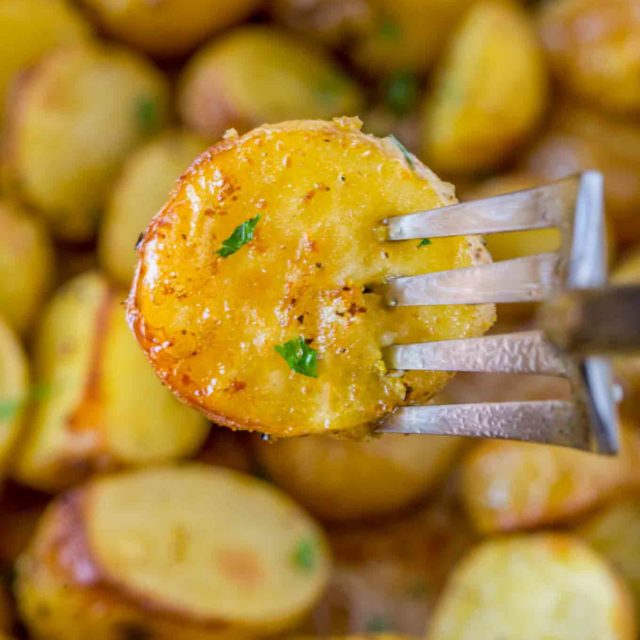 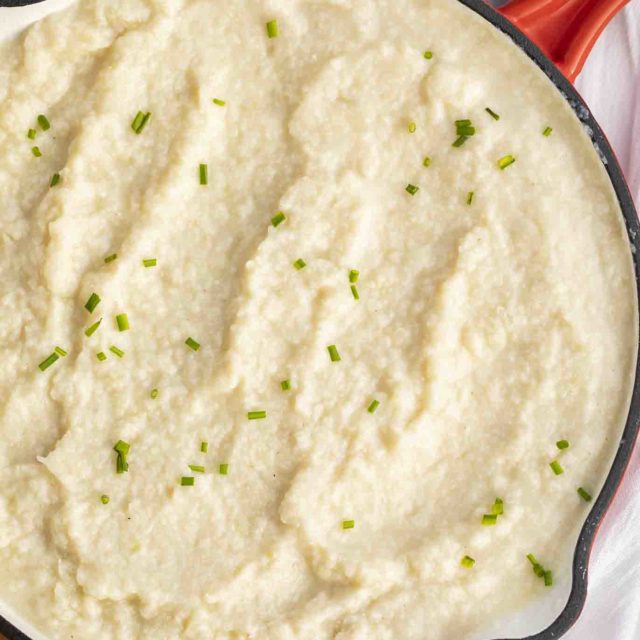 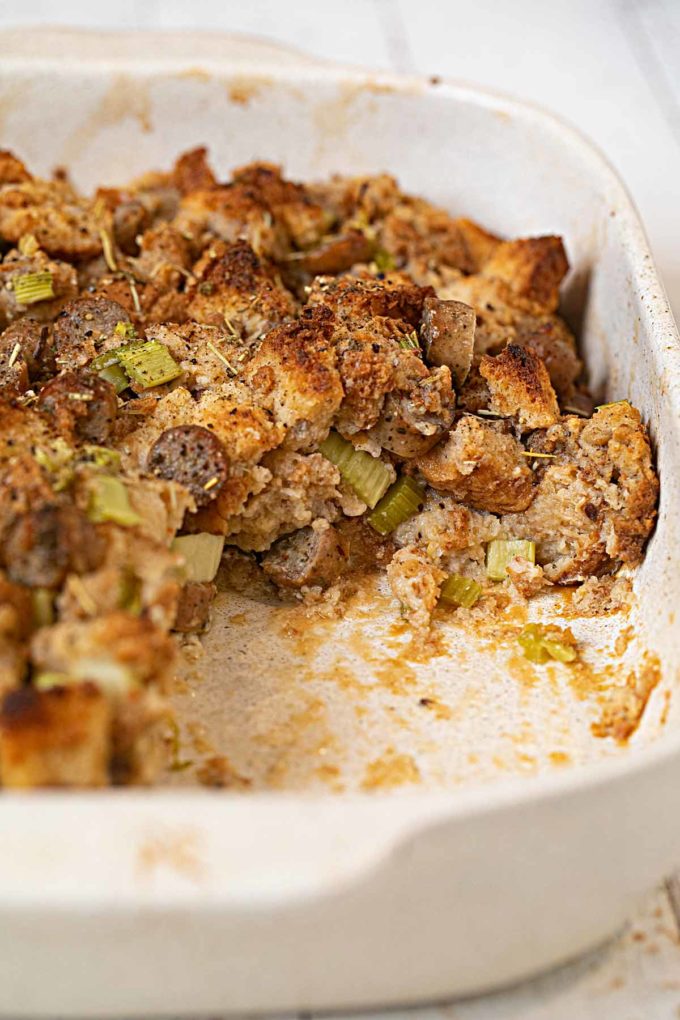 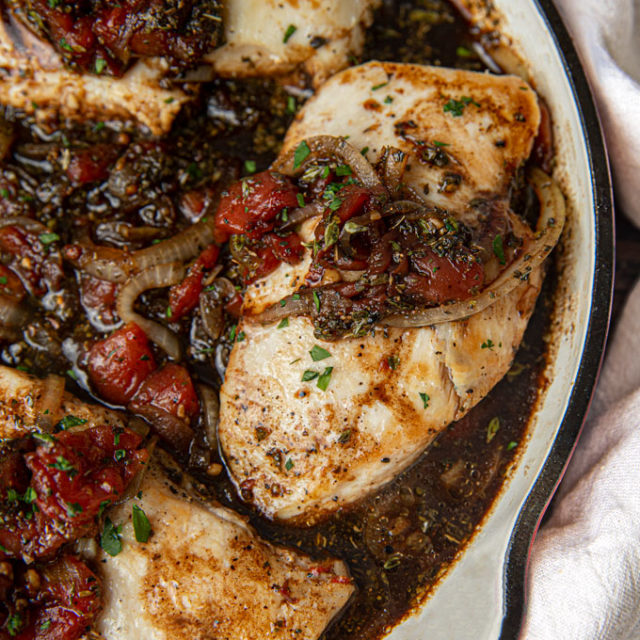 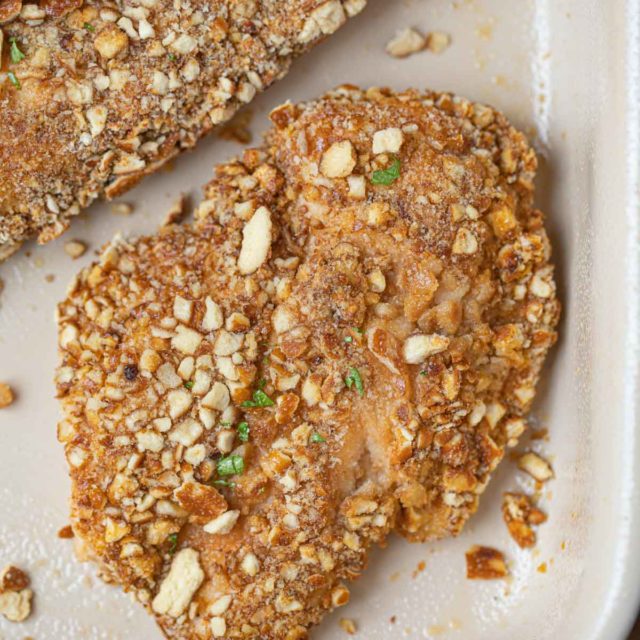 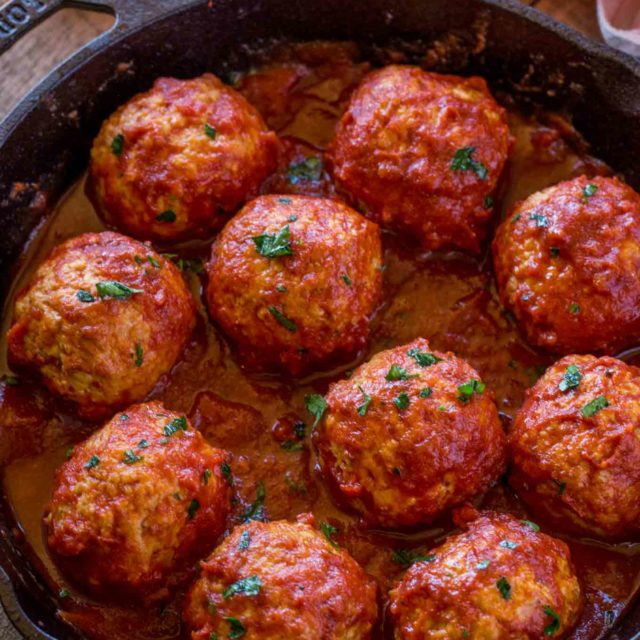 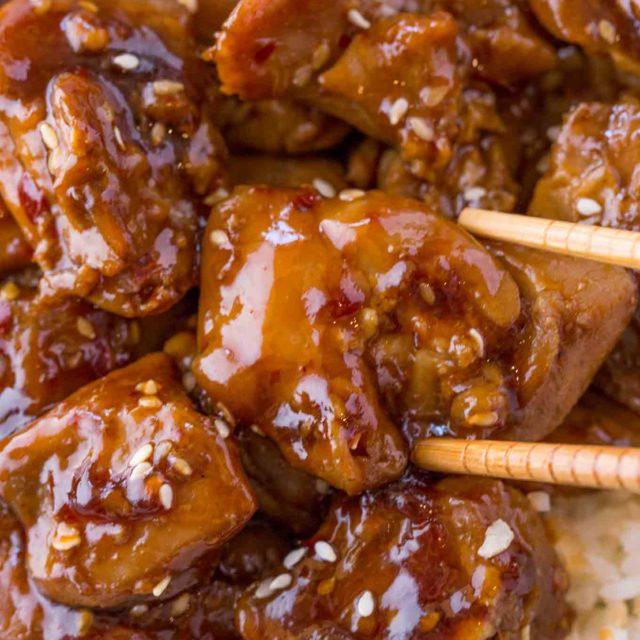 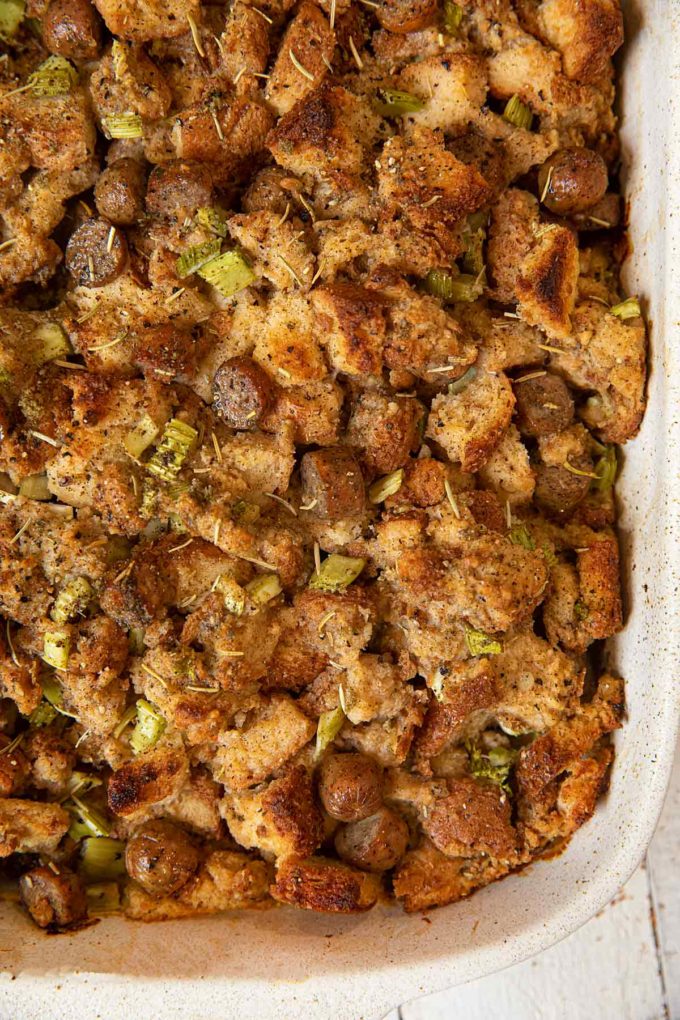 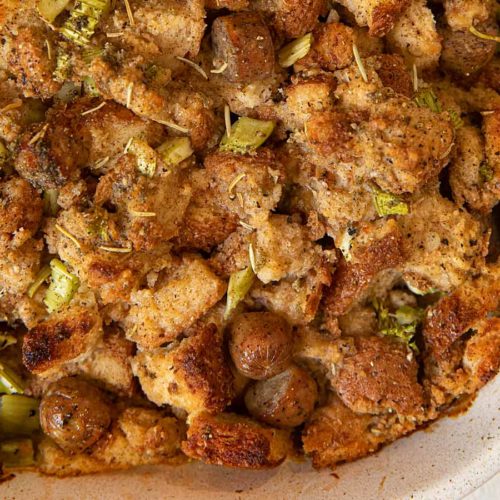