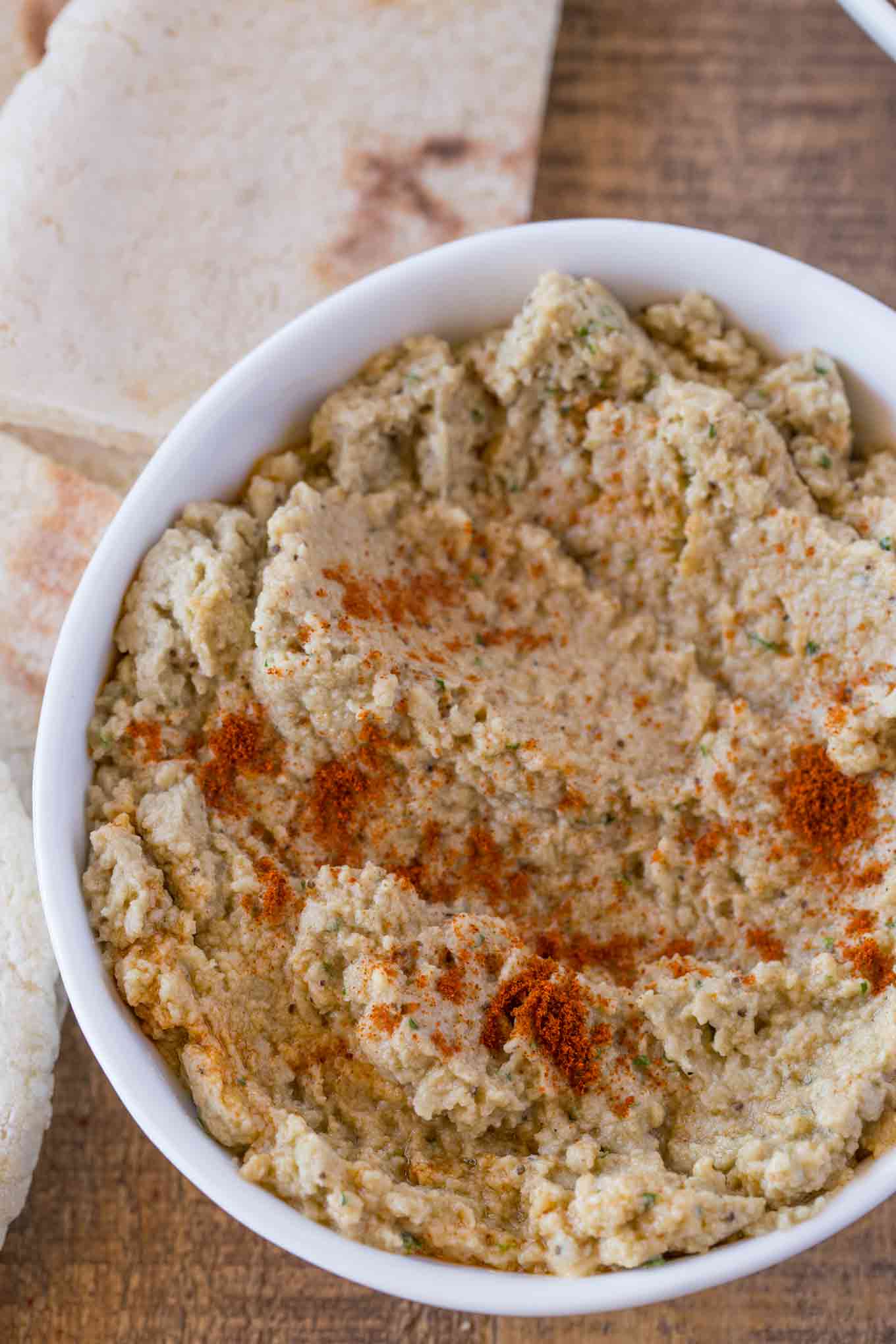 Baba Ganoush is a healthy and easy dip made with roasted eggplant, garlic, lemon juice and greek yogurt that is a great swap or complement to your favorite hummus! 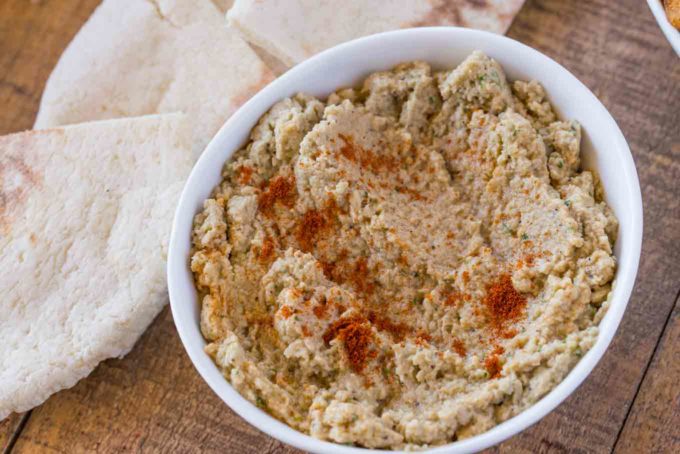 Long before Hummus was the zero point wonder that it currently is, we used to make this Baba Ganoush to replace hummus in meditteranean mezze platters as well as in falafel wraps. With roasted eggplant, garlic and lemon the flavors are reminiscent but lighter than the traditional hummus options.

The most  complicated part of this recipe (and I promise it isn’t even complicated) is the roasting of the eggplant.

How to Roast Eggplant:

Second we are going to salt the eggplant so we can remove the excess moisture from the eggplant before roasting. You don’t have to wait too long in this process but a good 15 minutes should get the liquid out so the roasting will be easier.

You don’t have to worry about de-salting the eggplant, that is the entire salt content of the recipe and will be accounted for.

Once you let it cool you should be able to remove the skin quite easily, like wet tape.

The seeds are not to be removed, so all you have to do is scoop the mixture into the food processor and blend it well with the rest of the ingredients. 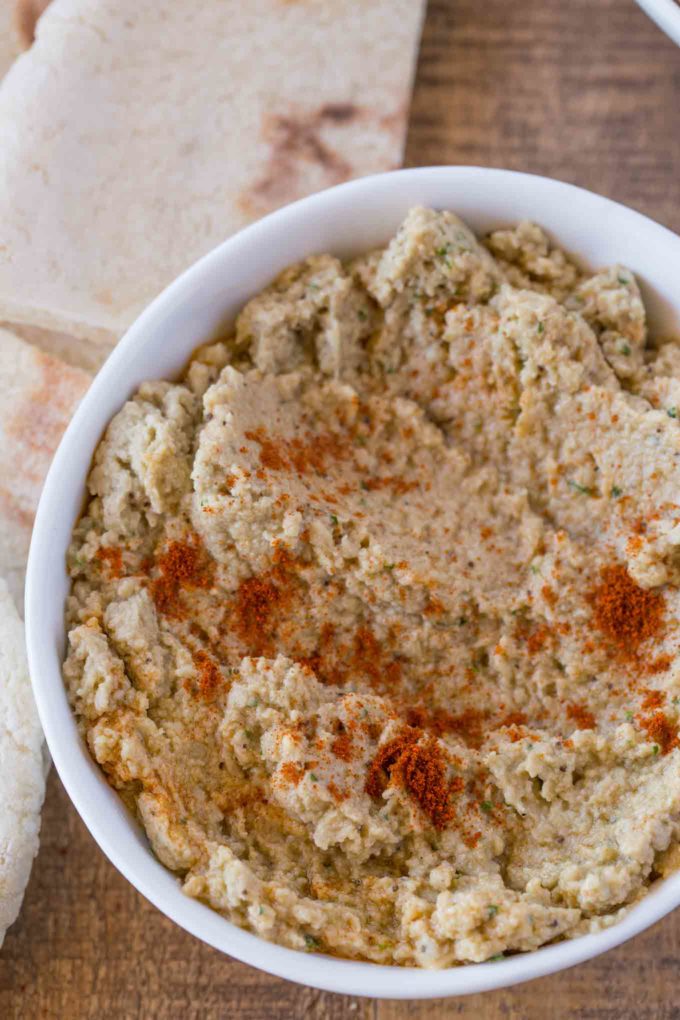 We are skipping the tahini in this recipe to save on points and to make the easier more accessible to those who don’t have ethnic grocery stores nearby. Tahini is a sesame seed paste made with sesame oil and it can quickly rack up points in both hummus and baba ganoush. If you prefer a more authentic recipe, replace the greek yogurt with 2 tablespoons of Tahini.

What to serve with Baba Ganoush? 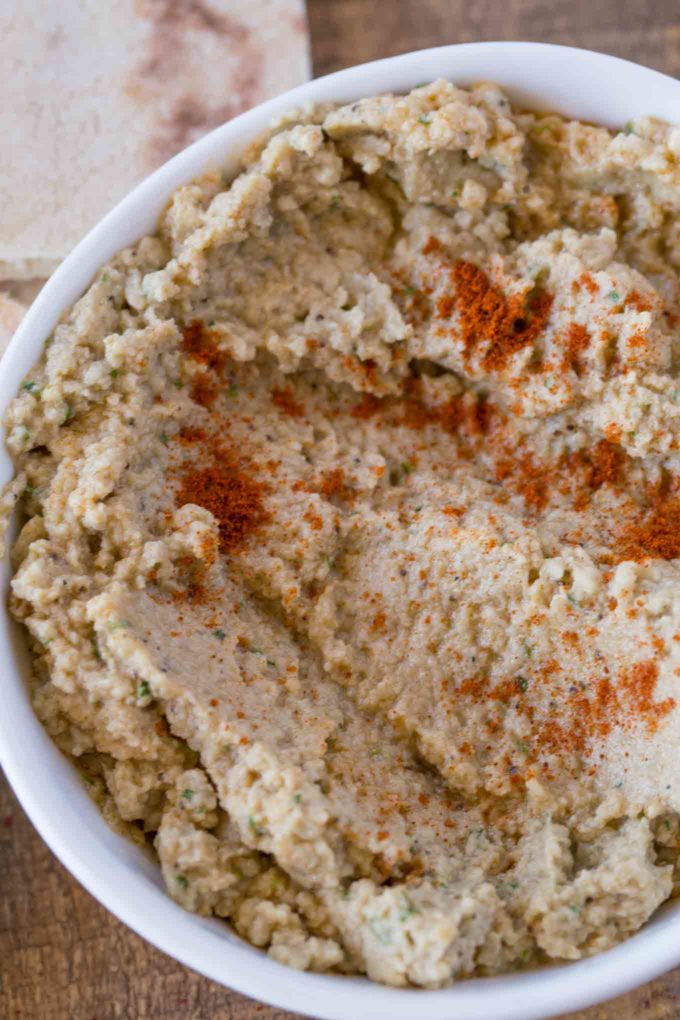 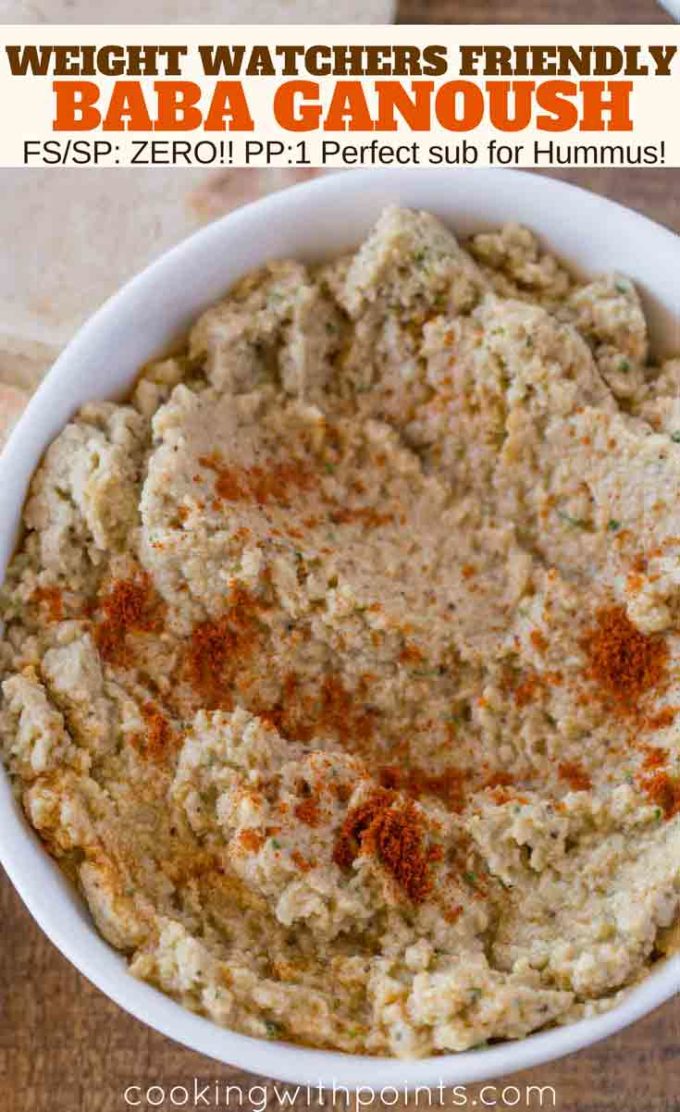