Korean Pickles are a low calorie, easy way to add a crunch and flavor to your meals with just a bit of salt, sugar, crushed red pepper, vinegar and sesame oil. 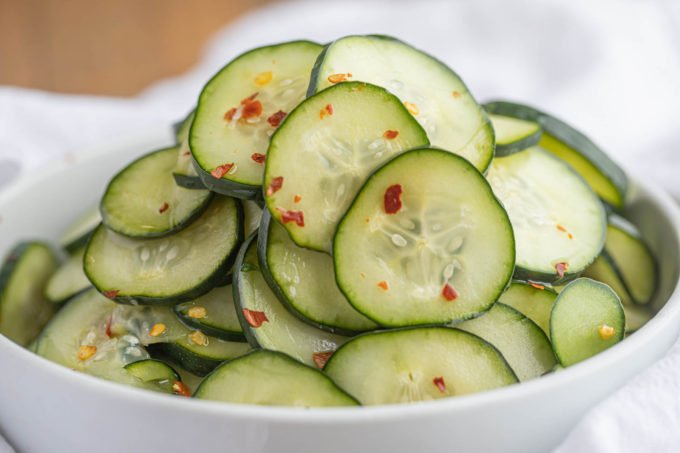 When it comes to eating healthy sometimes we tend to overthink things and cook complicated meals or order processed foods to help us keep on track with calories. The hardest part of eating right can be finding unique ways to add new flavors to our meals.

Korean Pickles are the PERFECT flavorful addition to your kitchen pantry or as part of the banchan array of appetizer dishes you’d typically find at a Korean BBQ restaurant.

This side dish (similar to Korean oi muchim which is a Korean cucumber side salad) is the entry level pickling (nothing like making a kimchi, these are like faux cucumber kimchi) and you can use the recipe for cucumbers, radishes, carrots, daikon or chili peppers.

It’s the perfect side dish for an American or Korean BBQ. A large bowl placed along side other cold salads this can hold up to other cold salad dishes or it can be used as a topping for dishes like burgers, sandwiches, rice bowls, grilled meats.

Anywhere you’d normally want pickled cucumbers you can use these Korean pickles.

And they’re really quick pickles, you can enjoy them after just an hour in the refrigerator and they’ll still be crunchy. The longer you leave them in the less crunch they will have and the more they will resemble a standard pickled cucumber.

I like to put them in a glass jar in the fridge, have a serving of them after an hour, then snack on them throughout the week until they are gone. 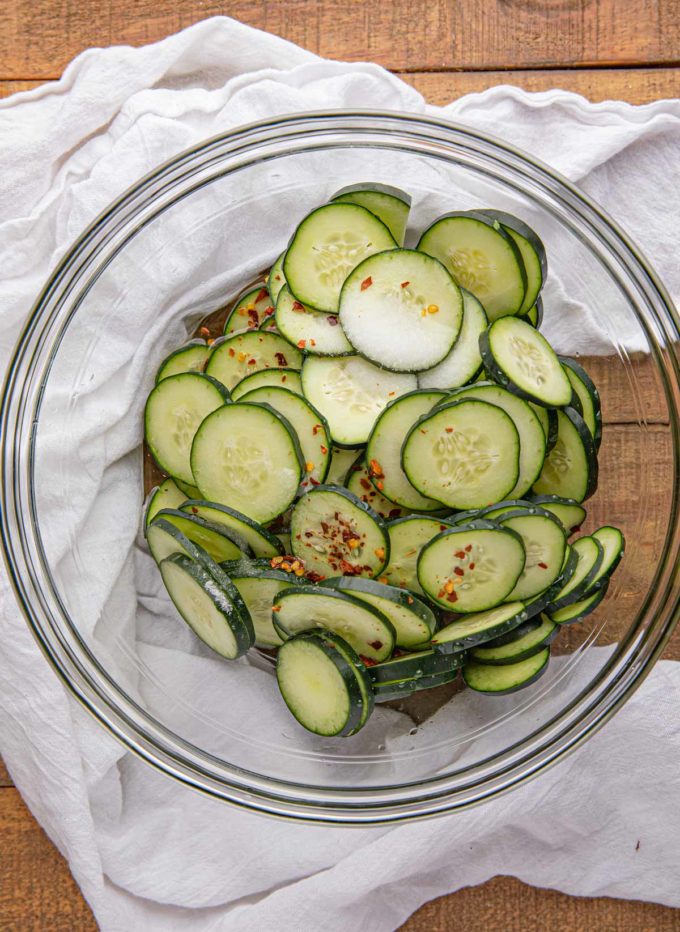 What sort of cucumbers do you use for Korean Cucumber Pickles?

English Cucumbers, Persian Cucumbers, Korean Cucumber and Kirby Cucumbers are all great options. You just want to be sure you scrape out any large seeds from the middle of any cucumbers you are using before starting the pickling process. 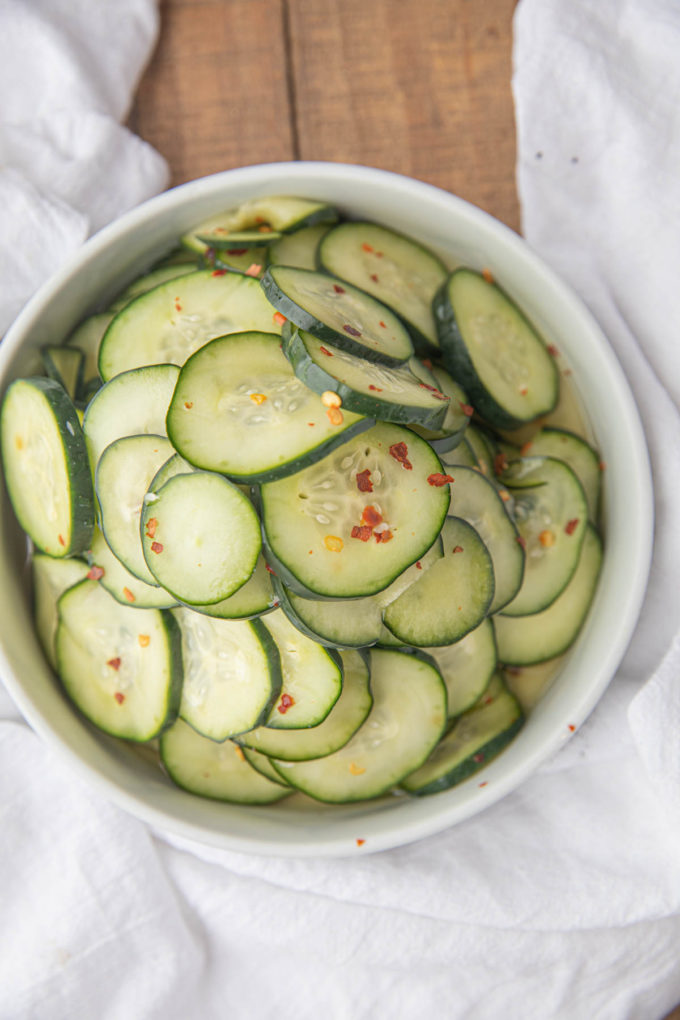 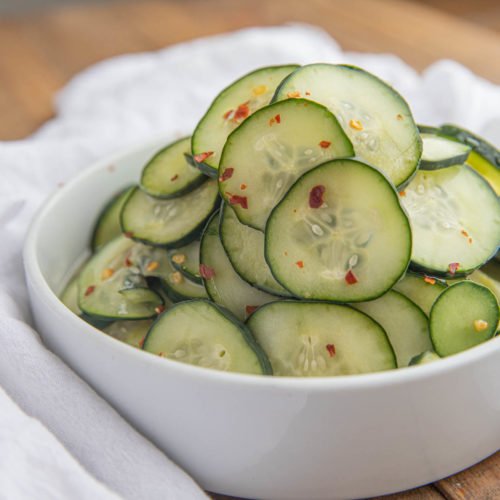