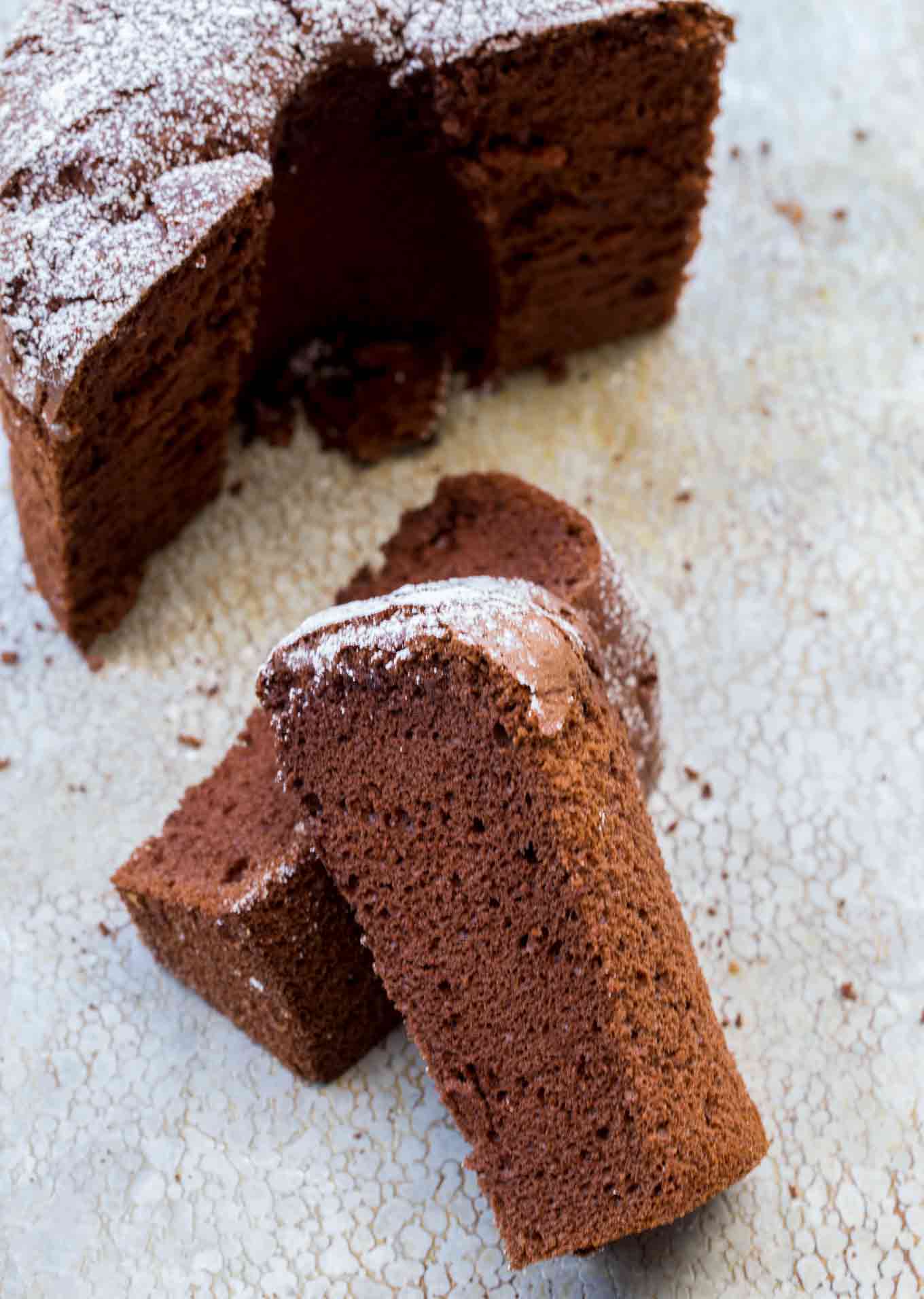 Flourless Chocolate Walnut Cake that has a decadent bittersweet chocolate flavor, with just 4 ingredients. a wonderful chocolate cake replacement or for your Passover meal.

Chocolate Cake is a hard dessert to make if you’re dieting but this cake is a good substitute (I eat this with cool whip with a bit of cocoa powder mixed in as a “frosting”).

The flourless chocolate cake has just four ingredients. The directions can look a little intimidating, but its all just a matter of the egg whites being made into stiff peaks to allow the cake to have height without any leavening ingredients. Other than the beating of the egg whites its as easy as adding to a stand mixer.

Don’t let the directions intimidate you! We’ve been enjoying this chocolate cake for birthdays since we started eating on plan and even in mixed company people LOVE this cake. 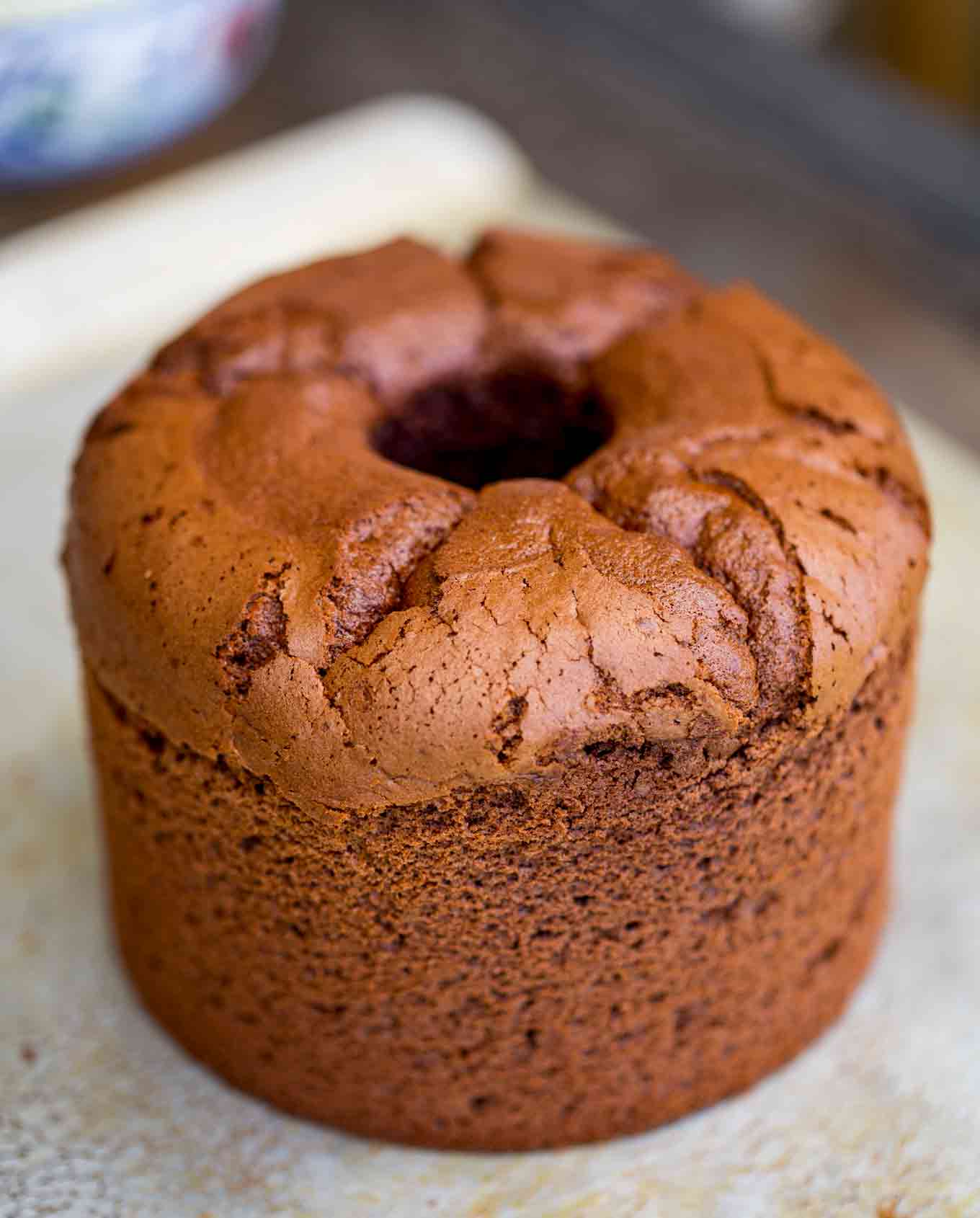 How to Beat Egg Whites:

Make sure the bowl is clean and not wet. Start the beater on a low speed, then when the eggs become foamy start raising the speed of the beaters until they’re whipping on high speed. Egg whites at room temperature work best. If adding in sugar, be sure to start whipping the egg whites and forming soft peaks before adding in the sugar.

In the first stage the egg whites are foamy, in the second stage they are soft peaks where the tips of a peak will fall over when made. In the stiff peak stage if you lift the whisk it will leave a sharp peak and will not fall over. 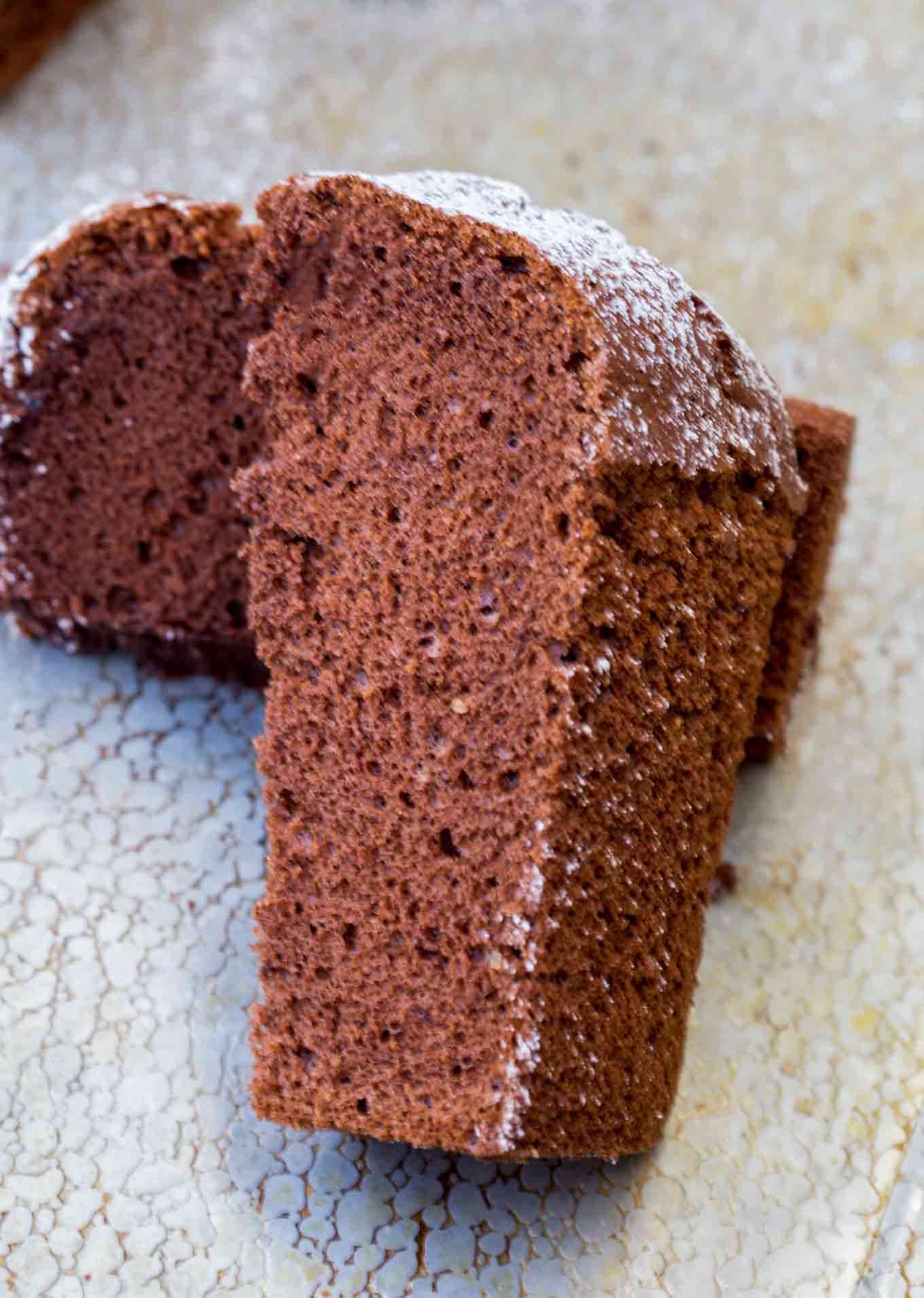 Tools used in the making of this Flourless Chocolate Walnut Cake:
Angel Food Cake Pan: Easy to remove since it comes apart into two pieces, no greasing needed so the cake can rise beautifully.
Bittersweet Chocolate: Since we don’t get a lot of ingredients, high quality ones are the most important detail here. 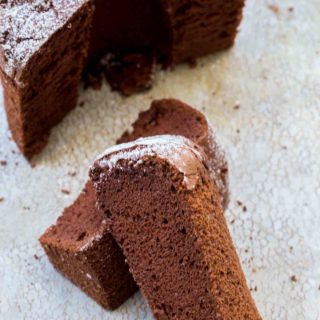 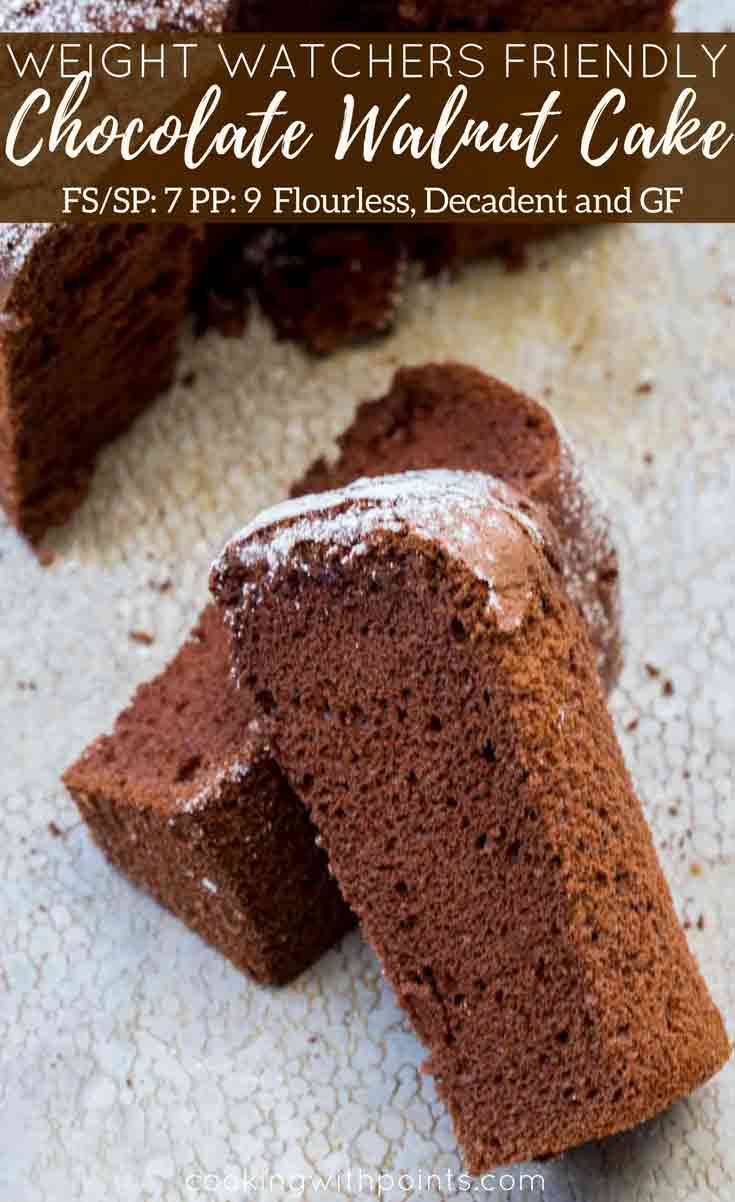